The library building that we know today as Carrier library opened in 1939. Originally named Madison Memorial Library, it was the first standalone library building on campus. The library was only two floors at the time. The first floor for non-academic books and magazines, the second for the main circulation desk and main book collection. Later the building was renamed in 1984 to honor Dr. Ronald E. Carrier, one of JMU’s most influential presidents. In 1971, 1982 and 1995 Carrier experienced vast additions to its building, more than doubling the size of the library. The growth of Carrier Library’s building throughout its time from 1939 onward is greatly symbolic of the growth that JMU has seen as it went from a small all woman’s college to an expansive public university. 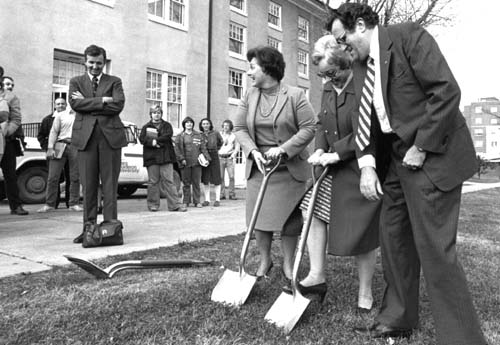 The facility has since undergone many renovations as a result of a growing student population, and as a result the student experience has changed greatly as well. It underwent one of its first major renovations in 1971. A new ceiling was put in, new lights, air ducts, and new flooring. In a 1972 edition of an underground student newspaper, The Fixer, these renovations were mentioned. The paper said many things need to be changed, noting a lack of innovation in the library’s new renovation.

Later in 1978, SGA leader Micheal DeWitt started a campaign to renovate the library even further. He and his SGA colleagues reached out to state representatives to get funding for renovations, and in not long after in 1982, the library went through a drastic transformation. After its renovation in 1982, Madison Memorial library could seat 1,500 students, tripling the amount of seats it had after its last renovation. The renovation was made to meet state standards for university libraries. An evaluation done in 1977 stated that JMU had to expand its library because of a drastic increase in student and faculty populations. This lead to an entirely new structure being attached to the library, including concessions, a new electronic theft prevention system, and a section for special collections. 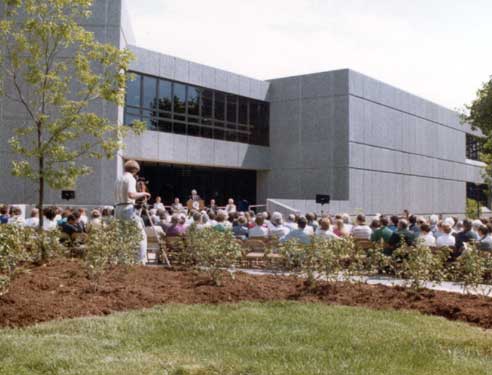 Finished addition to the library in 1984. JMU Special Collections.

Two years after its addition, the library took the name Carrier library in honor of JMU President Ronald Carrier, the man who transformed this school into what it is today. Carrier increased the student population from 4,000 Madison College students, to 14,000 James Madison University students. He also expanded the campus by over 100 acres, causing it to extend past interstate 81. And on top of that, he added over 40 new academic programs to the school and established a study abroad program. The addition made immense changes to the library just as Carrier made immense changes to the school, so it seems fitting that the library was named after Carrier